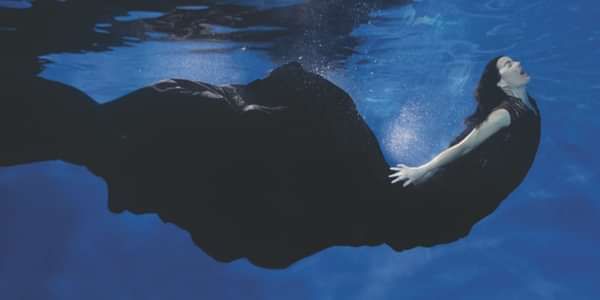 Experimental, Alternative Folk. Rooted in the ballad genre, cloud hopping tales are told on a bed of playful instrumentation, making an enveloping folksy fusion of dark songs and deep, bright rhythms, evoking highland landscapes, the underworld and transformation. The sound is expanding to include electronic effects, and bigger drums.

Whether accompanying TV programmes on John Le Carré, or experienced live beneath stars, nightjars and bats by the Guadalquivir in Seville, GNACʼs intriguing music has always had the power to transport the listener to another time and place. Now, after a fifteen-year absence from the stage, GNAC (will play a solo live show in Stirling... for … whatever).

Inspired to relaunch GNAC after the inclusion of early single “The Broken Fall” on Tim Burgess and Bob Stanleyʼs 2019 “Tim Peaks” compilation, Tranmer wrote, performed and recorded most recent album Afternoon Frost (2021) from his studio in Stirling, Scotland, during 2020ʼs enforced solitude. He is now working on the follow up album for 2023 release.

Prior to dusting off the GNAC moniker, Tranmer co-wrote and recorded an album with Italian pianist Alessandra Celletti in Rome. He was also one-half of the Montgolfier Brothers, alongside sorely missed songwriter, lyricist and vocalist Roger Quigley (1969-2020, Rest In Peace); the band released two albums on Alan McGeeʼs Post-Creation Poptones label.

“Tranmer's music has been one of the soundtracks to my life for many years now, not least during the writing of my new novel. I love the way his supple, original music can either soothe you in the background or absorb you in the foreground.“ - Jonathan Coe, author of "The Rottersʼ Club" and "Mr Wilder & Me" – to be a film, starring James Bond baddie, Christoph Waltz.